Bernd Best was not a philosopher but he studied physics at the University of Bonn in the late 60ies. This was an exceptional case for a person with a high spinal cord lesion at tha 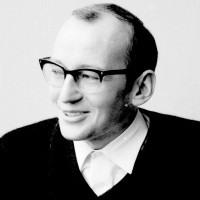 t time. Bernd Best had been initiator and founding member of the Wheelchair Sports Club Cologne (RSC Köln) in 1969.

In 1971 he passed away unexpectedly at the young age of 27 years. What reasons and traces has Bernd Best left behind in the minds and memories of his companions to talk about a philosophy?

Social discrimination of people in wheelchairs

Nobody can neither describe the social segregation of wheelchair people in our societies nor assimilate the negative feelings associated with their public image 40 years ago. The social segregation of wheelchair people can best be understood when knowing that they served as a negative symbol for sickness, dependency and harm. The necessity to use a wheelchair was regarded as the capitulation of therapeutic means and hope by the medical staff. Bernd Best and his peers opposed vehemently this conclusion. The energy for this opposition he became from executing regular sporting activities and enjoying human relationships with his companions in his sporting group as well as with members of the newly founded wheelchair sports clubs in Germany.

From a political point of view the Bernd Best Philosophy is known for two important objectives:

The painful experiences that people in wheelchairs learned in the vicinity of their barred environment and from public ignorance or pity left many spinal cord injured people behind in resignation. They used to complain about missing support and interest of the none disabled members of the society. But did anybody who became affected by a spinal cord injury, either by accident or by illness, behave differently before his/her traumatic experience? This obvious fact generated important consequences: 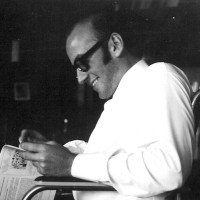 Bernd Best and his colleagues had not been aware that they acted in the sense of the paralympic movement, which had been initiated 20 years before by Sir Ludwig Guttmann who founded the Stoke Mandeville Games in England in 1948. They also did not know about a sports educator, Timothy Nugent, who started the movement for self-determination in rehabilitation when he founded the National Wheelchair Basketball Association (NWBA) in Gatesburg/ USA in 1949. The pressure in public life and the growing confidence and believes for a better world among the members of the Cologne Wheelchair Sports Club allowed no other choice than acting according to the paralympic spirit. The principal leaders became Bernd Best and the President of the Cologne Club Guido Schievink.

The unexpected passing away of Bernd Best, the deeply felt pain about unfulfilled visions and dreams of Bernd mobilised the will of his friends to move on with his work and to fulfil his visions. Acting like Bernd became the challenge and point of reference for the members of the WSC Cologne, especially for Guido Schievink.

The start with the Bernd-Best-Tournament in 1972

1972 the first Bernd-Best-Tournament took place with 27 teams who competed in two Divisions. In 1974 the Bernd-Best Tournament provided the platform where real plans developed to found the German Wheelchair Sports Federation (DRS). In 1977 referees from stand-up basketball of the West-German-Basketball-Federation appeared and volunteered to support the tournament with their expertise. In 1986 the tournament reached its highest level of participation with 62 teams from all Europe, who competed in 4 Divisions.
The growth of the tournament heralded public recognition and media coverage. The most effective ambassadors for the Bernd-Best Policy became the hundreds of supporters and spectators who reported enthusiastically from the great event and the newly learned positive human relationships. The world biggest tournament fostered the confidence and self-worth of all participants and generated the positive spirit that fuelled the political fight.

The Bernd-Best-Tournament became an important platform to develop the DRS in all its facets of sporting activities. The tremendous improvements of mobility for wheelchair users in our environment are political achievements that started with solidarity among wheelchair athletes and visions that individuals, like Bernd Best, created all over the world.

The successors of the Bernd-Best-Tournament hope, since 1999, that the philosophy with its principles and visions serves people with tetraplegia and people with comparable other physical disabilities in the same way as those people who are able to play wheelchair basketball.